The Tapia Theatre in San Juan Puerto Rico was for many years the center of the city's cultural life.

The theatre was constructed in 1824 and built in the shape of a horseshoe.  It is called "El Teatro Tapia" in Spanish. 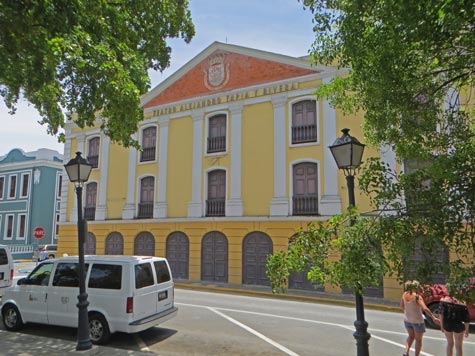