The walls around San Juan Puerto Rico were built to protect the city from pirates and invaders.  The foreign invaders included the English, Dutch and later the Americans.

Construction of the city walls began in 1630 and continued for some 150 years.  The wall was built mainly by slaves. 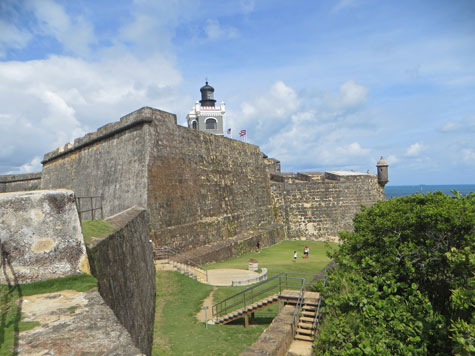 The best way to experience the wall is to hike the 1.5 mile trail that runs along its exterior between Old San Juan and the San Juan harbor.

The northern end of the trail is located at the San Juan Gate near El Morro Castle.