Quincentennial Plaza in San Juan was built to celebrate the 500th anniversary of the discovery of the new world by Christopher Columbus.

Called the "Plaza del Quinto Centenario" in Spanish, the attractive plaza looks out over the Atlantic Ocean.  El Morro Castle is visible from the square. 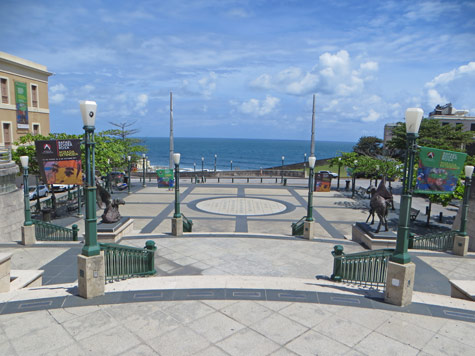