One of the most attractive city squares in San Juan Puerto Rico is called Colon Plaza.

The plaza, together with the monument situated at its center, were built in honor of Christopher Columbus. 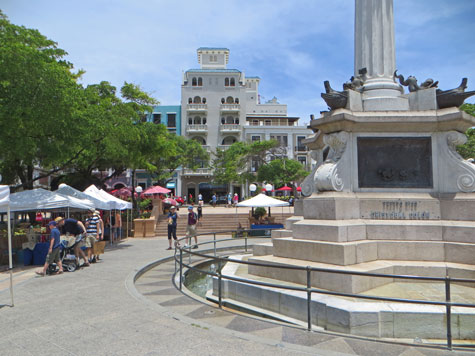 The statue of Christopher Columbus was erected to commemorate the 400th anniversary of the island's discovery.  The discovery occurred on Columbus's second voyage to America.

Colon Plaza is surrounded by cafes and restaurants.  It is sometimes the venue for a street market.